A Way To Go

If you are a regular reader of RetiredBlokes, you will know that my wife and I have recently been to Tasmania to recreate our honeymoon. Tasmania has changes significantly in many ways during the 50 years we have been married. To my surprise, the traffic still seems to be very light most of the time compared to say the Gold Coast or Brisbane and especially Sydney. Even the main highways are a pleasure to drive on unlike so many on the big island. There are times it can get cold because it’s close to the Antarctic and the wind doesn’t have a lot of time to warm up  but it is still a great place to visit and enjoy some bush walking time. 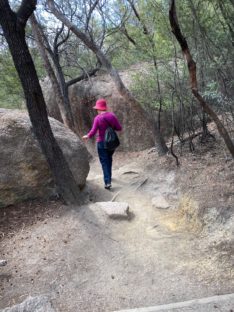 The first thing I noticed on our bush walks was how well the tracks are formed. Some tracks are just dirt that’s been formed into a track as you would find in thousands of other places around Australia. With the exception of the occasional rocky outbreak, they were easy enough to navigate and finding your way was easy because of the signage at most junctions. There were the occasional tracks that weren’t obvious but we managed to find our way without the help of Google Maps.

Many tracks however, had significant lengths of timber walkways. Some were many kilometres long. That means that someone has spent a lot of time putting in the wooden or concrete foundation blocks then fitting timber bearers and finally the top boards. It looked like they were probable all  built in place over a long period of time. 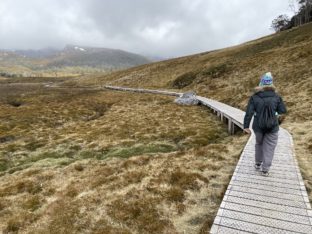 What was extraordinary was not that the walkways existed – I’ve seen them other places, but the length and quality of these tracks. Many had wire netting on top of the timber to hold them in places and to provide a better grip for boots – especially in icy weather.

Then there were the many lookouts that had been built – mostly from timber in some great places. Often they had seats for us old blokes to sit and they all had the usual safety fences where there was a significant risk of a fall.

On steep climbs, there were often steps sometimes formed out of rocks or when that was not possible built out of timber. These made it look easy to climb but unfortunately they still took significant effort and made my legs burn from time to time. But because of the quality of these steps, you can occasionally sit down on them and let the fire go out in your legs! According to my phone, on one walk we went up and down the equivalent of 65 flights of stairs though I think it probably more.

How do they do it?

So I was wondering how the Government of Tasmania managed to build and repair so many good quality walking tracks? I didn’t see any that were significantly in need of repair but I’m sure there are some. How come a state with population of 100,000 people less than the Gold Coast, spends so much money putting these tracks in place and keeping them in good repair? And how come there are so few weeds or rubbish around the place?

My questions were answered (at least in part) when we walked to a new lookout with the finishing touches being put on a new seat at Friendly Beaches on the east coast. There were four blokes with a generator and few motorised tools working at putting wooden slats onto the base of the seat. 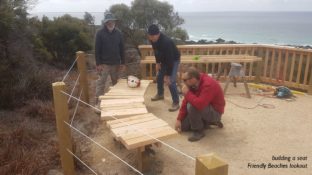 One bloke who saw we were hesitant to get in their way, called us on, then came over to chat to us. It turns out he was a retired bloke from Launceston –  another two of the men there were retired as well. The other one, who was leading the team, was I think, a Parks and Wildlife ranger. The three men were volunteering for Wildcare Tasmania which he told me was “the thing to do in Tasmania” and had been assigned to this working bee. He said he loved this outdoor work and found a new lease in life by being a volunteer. Obviously then, this organisation had taken the labour available to complete this task from one to four without incurring extra costs. It turns out that the bloke was also correct about it being “the thing to do in Tasmania.”.  By looking at their website here you will see that they seem to have hundreds if not thousands of volunteers working on projects all over Tasmania. In fact we came across another group of volunteers working on another walking track in near the Russel falls a day or so later.

So the secret of Tasmania walking tracks it seems to me, is Wildcare Tasmania who are significant contributors to the quality of the tracks in Tasmania as well as caring for wildlife.  They have 79 listed branches / project groups on their website. Some, of course, are special interest groups that operate intermittently and as required – like the first responders to oil spills and whale rescue groups in various places. 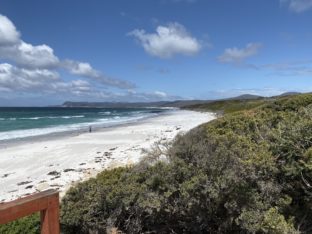 But many are involved in ongoing projects all over Tasmania. They list branches that help look after injured sea birds and penguins, some fix walking tracks, or pull out weeds, or do office work. In one group you can even volunteer as a temporary caretaker at the Bruny Island lighthouse. A list of the group operating is here.

Why not get involved?

So what are you waiting for? This is much better than sitting around the house offering suggestions to your wife on how she should do stuff she has done for years without your help. If you don’t live in Tasmania, the logistics of being involved are a bit tricky but there may be ways you can still get involved if you have time and inclination. There are other WildCare groups in many places on the big island too. In Tasmania it costs you $25 per year to join the organisation but that’s about half the cost of my local mens shed membership but the rewards of being involved in something that makes a real difference and contributes to the world around you will do your heart a world of good. You can take your wife or partner along with you as well and spend some time together making some new shared memories. You never know you may even find some other blokes with similar interest and you’ll have the opportunity to make some lifelong friends.  Seems to me 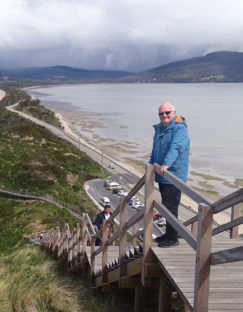 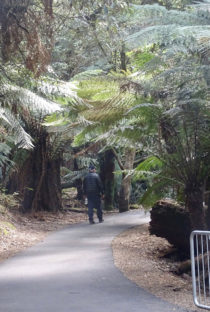 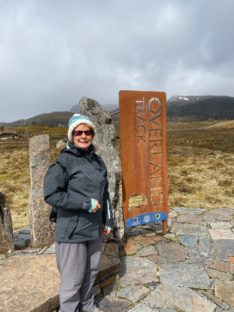