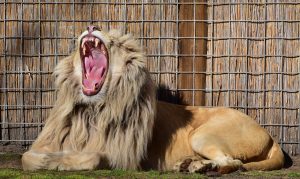 The Problem of Boredom.

Most blokes who are working, wish they had more time to do things. To go get fit, to do that course on neurosurgery or something that takes their fancy. But it never happens happen. They put those things off until another time. That, unfortunately, becomes a habit that needs to be broken early in your retirement otherwise you will become a boring (and bored) old man.

In addition, in our working life we are often defined by our occupation. When we meet someone we will usually say early in the conversation “I’m a doctor” or “I’m a mechanic” or whatever it is that keeps you busy for most of your life. It’s not unreasonable that we do that because, the thing we spend so much time doing, defines us. Sometimes it defines us too much! So, when we retire we have no choice but to redefine ourselves. That redefinition should be based on our personalities, our talents, our weaknesses and our strengths. So retirement is an opportunity to become more than what you have ever been before.

So the first thing you must do when planning your retirement (or restructuring it) is to work out what subjects take your fancy. What have you always wanted to know but never bothered find out about? If you had to relive your life and everything was on the table what career would you choose. Early on in my retirement, I decided I needed to do courses that improved my knowledge, and gave substance to my soul. This time I studied not because I had to but because there were some things I was simply curious about.

The first course I did (or more correctly, started to do) was a course on writing software for the iPhone. It was easy to find using Google.  There were hundreds of courses on offer but I found one from Stanford University on exactly that. It was called CS193p. It required my to have some knowledge of computer software and I had a smattering of knowledge collected over the years but there are many others – including some from Apple for beginners.

So I downloaded the free Apple Developer software – called Xcode and began the course. I read the prerequisites but figured my computer knowledge from 25 years ago were probably equivalent anyway (they weren’t)  and I got right into the course.

It was easy enough to understand the first lesson, though he did discuss a different approach to writing software that I hadn’t come across before. I had to watch most of it twice and it was a bit of a stretch but eventually I worked it out and got into lecture two. This was another step up, and the assignment was to write a calculator for the iPhone. I followed very carefully the next two lectures as he talked about using Xcode but had to stop and replay several parts of the lecture. I must admit, I did become a little discouraged when some 20 year old asked a question I barely understood but in the answer I picked up the drift of what it was all about.

Then It Got Hard.

What followed was a few weeks of work which I thoroughly enjoyed as I listened carefully to the lectures and mimicked the lecturer making a few changes here and there to get my calculator going. By lecture five, I had a calculator that worked and I was very pleased with myself but then it got harder. He wanted a clear button that cleared the display and the calculator. After about five different attempts, I never succeeded at getting it to work, and by then the lectures were becoming increasingly difficult. So I gave up and found another series of lectures on the Dead Sea Scrolls and another two courses on the Bible in its historic context. I completed all of those courses and thoroughly enjoyed them.

So What’s The Point?

Now the point of all of this, is for me to tell you to find a course on Google on a subject you are interested in (iTunes U seems to have disappeared). There are thousands of courses on every topic you can think of – well almost and many are free! Just Google “Free Online Course” and any University name. You may have to try one or two courses but hopefully you will find something that challenges you and keeps you interested, as well as increasing your knowledge. It should be something that takes you further than you have ever been before.  I must admit the course on the bible was not just about increasing my knowledge, though it did that. It was also about feeding my soul, and helping me discover again that the world is not all about me or my opinion.

Another thing you must do is work out how to improve your health. For me that took two forms. I joined a gym and at first I went three days a week. I figured out it wasn’t about becoming the strongest or the fastest in the gym. Other blokes were doing that much better than me and so I settled into a circuit of both cardio and strength exercises. It felt good to gain some fitness and I could see the temptation to do nothing would be counter productive. Of course, you don’t have to join a gym. You could just walk or jog around your neighbourhood if that’s more your cup of tea. But you must plan to do something to keep active. I was recently at a volunteer celebration for a big organisation and was standing listening to some music for about an hour. I was tempted to sit down on the grass but I figured a time will come when I won’t be able to stand so long, so I should keep standing now to put that time off for as long as I can.

The other thing I had to do, was to lose some weight. I must admit I had some time pressure which helped me because we were going overseas. Remember when you could do that?  So I worked out if I lost a kilogram per month for the five months before the trip, that would work.

My approach was simple. I gave up everything except cereal and coffee for breakfast and stopped eating biscuits and cake and anything else outside of meal times. I can report I made it and again felt much better for the trouble. Now you may not have to lose as much as me but if you are a little heavier than you think you would like to be, figure out some way to get rid of the excess, and begin today.

The Best Maybe Yet To Come.