Do Something For Someone Else 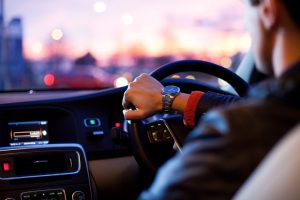 Along with a few thousand other retirees, I’m was a volunteer at the biggest sporting even in Australia’s history a couple of years ago. In my case, I was “just” a driver. Obviously all the important jobs had been filled!  So, I drove officials from one end of town to the other and visited the airports often. That means, at least, I had something to fill in my time in a useful way, but it also gave me a long forgotten taste of all the things about being part of a workforce.

It’s a long time since I worked shift work, but as you can I imagine it all came back fairly quickly. I had a number of shifts that finished at 1 am and a couple starting at 5am just to get me back into the swing of things. So, all of a sudden, I had an excuse to sleep during the day other than a granny nap! It all worked OK for that couple of weeks,  but I had coped with changing shifts before (even if it was about 30 years ago!)

On my first day I spent 9 hours waiting and one hour transporting people. That’s all that happened in that 10 hour shift.  But I did find out a few things about sports venues and airport staging places. At one stage I was waiting for a few hours at the Gold Coast airport, right near the end of the runway. Having been interested in aircraft for years, I was I my element. There wasn’t a lot happening but it was a nice place to spend some time. After a lull of around 2 hours the planes began to move. So I rushed over to the fence so I could get a better view, and just as the first aircraft began to accelerate down the runway I was called back because I have to drive some people to the other side of town. I did catch a glimpse of the aircraft zooming off in the distance, but watching aircraft taking off at close range was something I hadn’t done for a very long time.

You Meet Some Different People

It’s easy to forget, when you have been out of the workforce for a while, just how grumpy some people can be. And with the grumpiness comes a desire to let you know exactly what they think of everything. One bloke I shared a few shifts with was struggling with the concept of waiting. So, I heard about all the issues of the organisation and how they were conspiring against him. Of course being retired, I have had a lot of practice at doing nothing so it was something I’m used to.

Now, I understand he had taken some holidays from work so he could do this job, so it was a serious commitment for him. And maybe that also says something about his personality as well.  And I understand his disappointment at not having anything he thought was “serious work”. But not everyone from all the countries involved, understand the requirements for booking and letting people know when they were arriving. So sometimes, we just had to wait and see if anybody turned up.

But there are many happy people I met as well. Unexpectedly, I met a woman from a neighbouring town to where I grew up. We were able to share stores like long lost friends. Her brother actually went to the same high school as me. He was a couple of years younger than me, but I’m sure we would have crossed paths a long time ago. The trouble is, my high school days are lost in the fog of the past so when she asked me about people I knew from those days, I just looked blank.

I also met a bloke who worked for a few years where I used to work. He began his career, just after I left, but he was able to talk about many of the people I worked with for years. I’m looking forward to meeting him again sometime and catch up on some of those people he seems to have kept up with.

I met another bloke who had travelled expensively, and to many of the places we have travelled as well, so we shared memories of places we had visited and outstanding events and fun times. So in a large organisation there are many, varied people. Some you get along with well, some less so.  But overall it’s a good experience to have a lot of different social contacts again.

The other thing that’s still a bit of a mystery, is that this organisation uses a lot of three letter acronyms. I’m not sure if this is the modern trend but there were just so many things that were coded into three letters. I’ve learned a few on the first day, but I there were probably one hundred or more. In addition, there are ID codes on passes and signs, some are two letter, some more. It seems the world is short of printers ink, so we have to shorten everything to just a few letters. This probably come from the amount of texts people use these days. LOL.

As you can read on this website in many places, there are a few things that give retired blokes meaning and purpose in life.  You can read one blog about what researchers believe are the keys to a successful retirement here.  One of the things mentioned there, that gives us meaning is doing things for others without expecting a reward. Volunteer driving fits into that category for me. For others like Peter,  in another blog, volunteering is a way of life. So if you are feeling a bit down or you are struggling with retirement, I suggest you need to find something you can invest your life in that make a difference for someone else. After all finding things that simply make you happy, leaves you with a very small world.