How we cheat ourselves 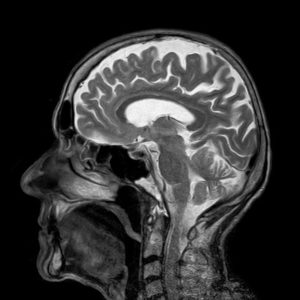 A few years ago, I thought my memory was slipping, so my doctor referred me to a neurologist who promptly sent me off for an MRI. MRIs are really amazing things. If you’ve never had one, they are very noisy, but they reveal all your inner parts so you can see exactly where your problems are.

I then sat down with my doctor, who showed me the MRI. She said, “here’s a picture of your brain” – so I have proof I have one. The outcome was – I am normal, and I now have a doctor’s diagnosis to back me up.

But this got me to thinking; What if there was an MRI for the soul? What if something showed the truth, not about my body but about my will, my mind, and my habits and appetites? And what if whenever, I went to out everybody got to see an MRI of my soul projected above my head? Would the attendance at my church go up or down?

So what is the soul anyway? Wikipeda (the source of all knowledge) say “according to Genesis 2:7 God did not make a body and put a soul into it like a letter into an envelope of dust; rather he formed man’s body from the dust, then, by breathing His breath into it, he made the body of dust live, i.e. the dust did not embody a soul, but it became a soul—a whole creature.” So, we could say the soul is the thing that connects all the parts of a person together & connects them with God. Your soul was made for total harmony internally and externally with the universe – or at least with the creator. So one psalm writer says, “Bless the LORD, O my soul…” then adds “…and all that is within me, bless his holy name.” In other words, it is my soul that connects all that is within me and that cries out for integration, and harmony. The Psalmists view is that, this can only happen when my soul & my whole life is connected with God.

Trouble is somewhere we break those connection and disintegration follows in our lives.  God then, moves in our thinking from being a loving father to being our judge.  Even though we don’t talk much about this, our language reflects it in unconscious ways. People say things like, “I feel like my life is falling apart,” or, “I’m coming to pieces. Or “I am coming apart at the seams.” It seems to me that the cry of the soul is to be made whole again.

I’ve been reading a great book recently by an American professor named Dan Ariely. The title of the book is “The Honest Truth about Dishonesty: How We Lie to Everyone—Especially Ourselves”. The book summarizes research Ariely & others have done. He is astounded by how widespread people’s tendency is to cheat, to lie, and to be deceitful.

His theory is, we are driven by two primary motivations. One is we want to receive selfish gain or avoid pain. We want that so much, we are willing to lie, or to cheat, or to deceive for it. The second thing is, we want to be able to look in the mirror and think good of ourselves. We all want to see ourselves as basically good, honest, and honorable people. Now clearly these two motivations are in conflict with each other.

To solve this problem Ariely says: “This is where our amazing cognitive flexibility comes into play. Thanks to this human skill, as long as we cheat by only a little bit, we can benefit from cheating, and still view ourselves as marvelous human beings.” Ariely give an example of our willingness to lie. He says, “Over the course of many years of teaching, I have noticed that there typically seems to be a rash of deaths among students’ relatives at the end of the semester. It happens mostly in the week before final exams and before papers are due. And it’s Grandma who is at greatest risk during this time.”

Mike Adams, a another University professor, has shown that grandmothers are 10 times more likely to die before a midterm exam and 19 times more likely to die before a final exam. (Google “Dead Grandmother/Exam Syndrome”) And worse, grandmothers of students who are not doing well in class are at even higher risk. Students who are failing are 50 times more likely to lose grandma than non-failing students. So it turns out the greatest predictor of mortality among senior citizens in our day, ends up being their grandchildren’s GPAs. The moral of all of this is if you are a grandparent, do not let your grandchild go to university. It might just kill you, especially if they are not very bright!

Ariely also talks about how a single act of dishonesty, is not as insignificant as it seems, because it ends up shaping how we view ourselves. It ends up showing how far we will allow our standards to slip, and still regard ourselves as basically a good person. He says “Every act of wrongdoing leads to the greater likelihood of another act. Start as small as you want. Stand in the express lane in the grocery store with too many groceries in your cart. Just have 15 groceries in the 12 or less aisle.” I’m sure you have never done that. I have!

When our wrongdoing increases so much it can’t be rationalized anymore, the common response is not repentance. It’s NOT people saying, “Oh God, how could I do this?” What happens he says, “ it’s like being on a diet. If you cheat for a while, you’ll believe you’re still on the diet. But if your weight goes right up, what often happens is you say, “Well, I’ve already blown it so I might as well just eat anything I want to.””

So when rationalizing, ceases to be an option for us, dishonesty increases. When I cross over that line where I can’t pretend anymore, what will happen is moral behavior will collapse completely. You see this sometimes in scandal-ridden executives. You see it in abusive families, or in yourself when you let fly with unbelievably hurtful words you know are wrong. The name of this effect is (really) the “What-the-Hell” effect. I can’t pretend anymore, so I might as well give into my urges and do whatever I want, regardless of the consequences.

That dynamic is present not just in those bad people and terrible families. It’s in me – it’s in you too. Maybe I haven’t crossed over the line in some areas of my life yet, but I have in others.

But it’s worse than that. The truth is, you may get away with telling lies to yourself and other people. In fact most of us do. BUT you will never get away with telling lies to God. So in a parable in Matthew two brothers tell lies – one says “Yes” one says “No”. But the one who says “No” ends up doing the right thing. He repents and breaks the cycle of downward progression in his life.

The Ache for Goodness

With all that said I really believe in all of us, there is a thirst for goodness. That word “repent” means you have an ache for it. It is a desire for right things above all else. You must feel remorse for your wrongs otherwise you will never move to the place you ought to be. Doing what you’ve always done will not result in any change. Repentance is exactly the opposite of the “What the Hell” effect.

So it seems we’re immersed in a culture of greedy, materialistic, self-sufficient, cheating, nice, polite people who really believe they are good people.

There is something in the soul that is effected when we hear what life is supposed to be like, it says, “Yeah, that’s what I want to be.” When our souls are broken, and in conviction, God gets out His soul MRI. He says, “Here are your habits. Here is your thinking. Here are your desires. Here is your behavior.” They need to be forgiven, cleansed, and healed.

So I really hope God brings the gift of repentance to us. A friend of mine sends me texts from time to time with numbers in it. The numbers used to be days. Then they became weeks,  then months – now they have become years. They’re the time he has been sober. He joined an AA meeting and what’s so powerful about those meetings is the soul has nowhere has to hide. People show up. They talk about the awful things they’ve done. They celebrate somebody being honest, in their mess. Nobody is trying to fix anybody else or advise anybody else. It’s truth in the inmost parts.

Contrasting that with a man or woman who live in a pattern of deceit and pain. And they go to church every week of their lives. Nobody knows – except God. Think of the weight of secret sin. A marriage that is crumbling. Nobody knows. A guy who is witheringly judgmental. He doesn’t even see it. People around him see it, but nobody loves him enough to talk to him about it. A woman lives in a lovely, home but starts drinking every afternoon at 3:00. Nobody knows. A guy sold his soul a long time ago to try to climb the ladder. How long will these things go on for? The answer is, until we face our deficiencies and repent. That’s what our soul longs for.

Friends, I pray that God will give you the the gift of conviction and honest repentance because Jesus is still in the business of saving souls where people are humble enough to be real. That’s the only way I know where we can reverse our tendency to slide into oblivion and for our souls to disintegrate.