Travelling on the Cheap

Perth is Western Australia’s prize city and a fantastic place to visit. With its historic links to the past, and it’s modern architecture, Perth seems to an outsider, to be focused on the future while celebrating its past yet aiming to be a modern spectacular city. It is the capital city of Western Australia but is a small city by world standards.  From a population of 1.6 million in 2011 it has grown to be around 2.1 million people in 2016. 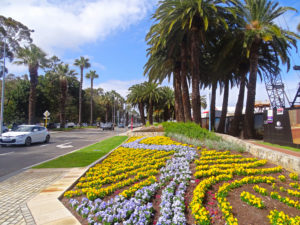 It is now Australia’s 4th largest city. According to McCrindle research, around 77% of the states population live in Perth – so that makes Western Australia, the largest urbanized state in Australia.

Perth may be geographically isolated from the Eastern States but it shares the sun every day (well almost every day). They average about 8 hours of sunlight per day.  It is also supposed to have more millionaires than anywhere else in Australia. However since the mining downturn, and because Sydney real estate prices have skyrocketed, Perths millionaires are probably now outnumbered by ordinary Sydney homeowners whose houses on average, are valued at over 1 million dollars!

Getting from the Airport.
The first problem you face when arriving in Perth is how to get to the city from the airport. If you are being picked up by family or friends, Perth has a great system for finding people.  The pickup area of the airport has a number of shelters each labelled with a letter of the alphabet.  So when you get your bags and head out to the pickup area, you can tell whoever you are meeting, the letter of the shelter you are waiting at. 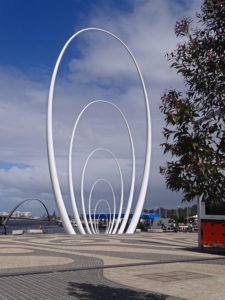 Cheap Accommodation
Next you need to find your accommodation. We have stayed in both a hotel and in an Airbnb. I’m sure there are many good hotels in Perth but the hotel we chose in Perth was a disaster. It was dirty, the cupboards were falling apart and the very noisy air conditioner made sleep almost impossible. Turning it off meant the motorway just outside the window made sleep just as difficult. The manager, responding to complaints on Trip advisor asks, “What do you expect from a budget hotel?” Well I expect things to be cleaned properly maintained well at least. Maybe the problem was we chose the wrong hotel, but make sure if you are staying in a budget place, to check it out on Trip Advisor before you book it.

We have also stayed in an Airbnb and we got to share a unit with a delightful young couple. We have always enjoyed our hosts company whether in an Airbnb in Australia or overseas.    We have stayed in 12 so far and our experience has always been positive.

On the Airbnb website or app, you can find the location of the room on offer on a map, check out the room online, read comments of your fellow travellers and if you decide to make an booking, you will pay Airbnb when the offer is accepted so there will be no argument over costs. Our Perth room, right across the road from Kings Park only cost $80 per night and was great value in a good location. It was also within easy walking distance of two CAT bus stops and the bus to Fremantle, left from the bus shelter right across the road.

Cheap Travel Around Perth
So having found your accommodation, you must do some research and find what landmarks or attractions are likely to be of interest to you. A good place to start is trip advisor, because they list the most popular attractions as voted by their subscribers. Another way is to download a day tour brochure and tick off the places you may like to see. When you are there you can also use the hop on, hop off bus for about $30 to travel around Perth for the day. 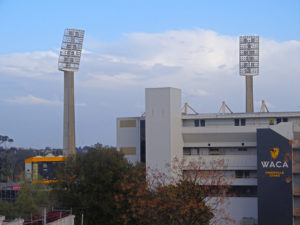 Don’t be too concerned if you haven’t seen all the Perth has to offer in one day because there is always a CAT bus to take you back. The CAT buses are free and run on four different but intersecting loops around the central business district. With their brochure in hand you can plan to get to most of Perths landmarks easily.

If you are into cricket, you will certainly want to visit the WACA ground – the scene of many epic battles. You also need to see the Perth Mint, Government house (the grounds are often open in the middle of the day), and Elizabeth Quay in the centre of Perth. Since the railway station is near the Quay and the bus station is beside the railway station, the quay is the starting point for many places. There is also the Bell Tower right there so 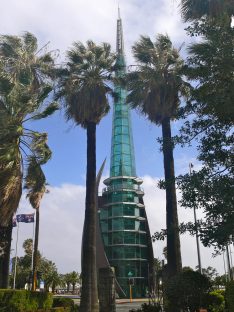 your ears may get a workout as well.  All of these places are accessible from the CAT buses.

Many boat tours also leave from the wharf at Elizabeth Quay as well. You can book cruises to Rotnest Island (which you must see) as well as a day trip to Fremantle. There is also the wine boat tour of the Swan Valley or a lunch tour that goes towards the Swan Valley but never actually gets there!  And you can take the public ferry for just a few dollars to South Perth, walk around and catch the ferry back on the same ticket if you come back within 2 hours. It’s a great deal for anybody but especially at pensioner rates.

You must also set aside a day to tour Kings Park or two days if you are a keen gardener or married to one. This large botanical garden is a short CAT bus ride from the centre of Perth.  It offers great views of the city, from the walkways around the edge of the park.

There are many collections of plants from different areas of Western Australia. So you can see desert plants, tropical plants and all sorts of plants from WA. In September you can see many Western Australian wildflowers without leaving Perth. There is also a 750 year old Boab tree in the centre of the park that was brought by truck 3200km from the Kimberley region. It suffered some damage to the bark but seems to be recovering well. 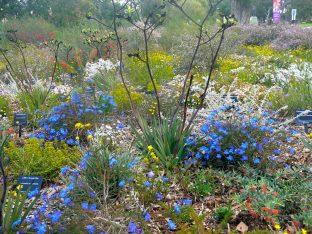 Getting to Perth’s Beaches
If you choose to visit the northern beaches you do so by travelling north on the train and then catching a westerly going  bus to the beach you want to visit (the sun sets over the sea). If you’re staying for a while, you can get a pensioner or concession travel card. But, if you only want to travel for one or two days, then all you need is a Dayrider ticket available on the busses, or at the train stations from a machine. The cost for a pensioner or seniors card holder is $5 for the whole day’s travel.

At the two stations we visited the bus station was right above the train station so you don’t have to worry about where to find a bus. Just go up the stairs and find the right bus numbered stop. All in all Perth is a great place to visit and has many beautiful places to see. The WA tourist website say there are 19 beaches in Perth alone. So if you run out of places to see, spend a day or three on the beach somewhere. You won’t regret it.