For the first half of my working life, I worked as an electronics technician in various roles with the national broadcaster. Then I changed profession and entered a management role in the same organisation. Finally, I went in a completely different direction, left the broadcast industry entirely and for the second half of my working life I never touched a soldering iron again. But all that changed this last few weeks.

Someone told me about a faulty PA amplifier that was left in a cupboard at the church and I decided it can’t be too hard to fix. After all I had spent twenty years fixing those sort of things.  So, after taking the top off, I began diagnosing the problem. After a couple of days, (I’m a fair bit slower than I used to be) I found a transistor that had shorted out and so I ordered a new transistor from China and had to wait a few weeks for it to come. It has arrived but I haven’t put it in yet because I’m not confident that is the only problem it has. You can’t rush these things!

But that was just the beginning. My brother came on a visit and after we talked about the amplifier problem, he told me he had some test equipment (an oscilloscope if you are interested) that I hadn’t seen for 20 years and offered to deliver it to me the next week. He wasn’t using it and hadn’t switched it on for at least 15 years but he was sure it would work. So he thought I might make good use of it if I ever needed to fix another amplifier! 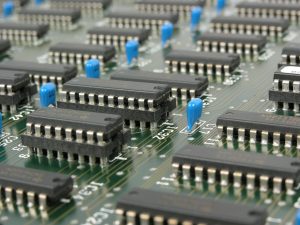 I took up his offer and when it arrived I discovered it too was faulty and required fixing. So began a period of revisiting all I ever knew about electronics. I must admit I got really involved in what I was doing. Sure the end game was nothing more than restoring a piece of antiquated equipment to working condition – probably to never be seriously used again, but the process sucked me in and it’s become a really interesting journey. It was like solving a jigsaw.  When I traced where the smoke was coming from and replaced that component, there was another part that was also faulty.  All in all, I replaced five faulty capacitors, a transistor that was not working and a diode or two. Each part required using my brain like I hadn’t needed to in years.

The End of The Beginning.

It took me two weeks to work through all the problems but in the end, I discovered the screen was working but was very dim. Unfortunately a replacement screen would cost around $US150 plus postage from the USA, so I think I’ll just trash the whole thing. Then my bother turned up with another two oscilloscopes which also wouldn’t work. I think I’ll have my time worked out for a few weeks yet!

So you could ask, did I waste my time in all this? The answer for me is “NO”. I had to brush up on things I’d long since forgotten. I had to work out how each of the circuits worked and I spent hours working out which parts were faulty. I must admit, this was the first time since I retired that I got completely absorbed in a project I was doing and I really enjoyed it. 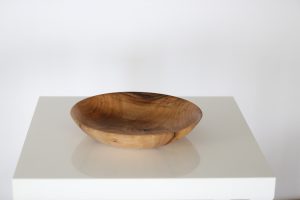 It’s Not Just Me!

I have watched other retired blokes get seriously involved in wood turning or model trains or some other hobby. It seems for some men, it becomes something they eat, sleep and dream about. They get so involved in the project they are working on.

It certainly had that effect on me and, when I got up in the morning, I couldn’t wait to get into it. I spent hours watching TV at night but all the time I was trying to work out why that voltage wasn’t correct or why that circuit gets so hot. It only cost me a few dollars for the parts and I discovered how much better parts are today.  But whatever hobby you get involved in, there will come a time when you reach the limit on how many wooden bowls you can use, how many Loco’s you actually need or how much glue you can stand. If you are like me, you may even discover there’s a limit on how many oscilloscopes you need (I currently have four). But these things are not a waste of time!

Go Ahead – Waste Your Time.

It seems to me the idea of wasting time comes from a concept that you must be productive every waking moment. I guess I lived like that in my working life, but as I get older, (or wiser) it seems, if I can find something that has enough interest to hold my attention for a few days, then its never a waste of time. In fact, I think it’s a worthwhile pursuit in my retirement. So if you have a hobby, why not brush off the lathe, or oscilloscope, or the model aircraft glue or even the knitting needles and get back into it today. You never know, you might find yourself enjoying something again much more than you expect. And then you can write a story for other retired blokes to read and submit it here. Just follow the links at the top.