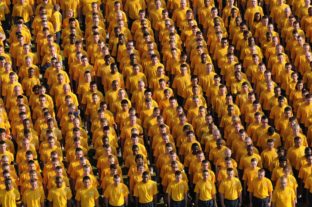 The Problem We Face.

According to the Cancer Australia website, in 2022, around 24,200 Aussie blokes were diagnosed with prostate cancer. That’s a lot of men. It means 66 men were diagnosed every day.

Just to get those figures into perspective, imagine driving someplace that’s about 1000Km away. That would takes me around 12 hours straight driving. But alongside the road, imagine there’s 24 men on each kilometre or 1 man every 50m. In that 12 hour drive, you will pass the same number of blokes that will be told this year, they have prostate cancer. And more men will die from prostate cancer this year, than women who die from breast cancer. Around 3,507 blokes had their life cut short by this disease in 2022. So if you are a bloke, it’s time to do something about these statistics before you become one of them.

I’ve been visiting a specialist in Urology now for years. I can’t remember why I started other than the fact my GP referred me, but it was probably because, as we blokes get older, its fairly common to have your waterworks slow down. Sometimes blokes have trouble starting as well and there is often an urgency that happens when you need to go. After doing a check to make sure I didn’t have prostate cancer,  the Urologist put me on some tablets that removed the urgency to a manageable level but it didn’t speed things up at all. He reckoned a side effect of the drug was to thicken the hair on my head but that didn’t change either!

Mostly my visits required getting a PSA blood test every 6 months and having a chat in his office soon after. However when the waterworks became too slow he decided it was time I had an operation to fix the “partial blockage”. He had suggested this operation on a few occasions before, but I had talked him out of it. The statistics show many man are treated unnecessarily so it was easy to suggest it wasn’t bad enough. But then, he sent me for a CT scan to see how much fluid was retained after emptying my bladder.  That was a difficult test because I had to drink about a litre of water before I went for the test. Of course, the radiologist that day was a bit slow in starting the test so I was busting by the time the test got underway. A few days later, the urologist looked at the results and again suggested the operation. Then he pointed out that one day soon, I would most likely get to the point whereI was blocked up and I could look forward to rushing to the hospital in severe pain looking for someone (anyone) with a catheter to help. I have a friend who went down that track and he’d described his experience and it wasn’t good. So I said “yes” this time.

The operation went well and he removed the blockage and the urgency. So within a few weeks almost everything is restored to the way it should be. These days I spend half the time in the toilet!

However I’m still visiting the same doctor. On a couple of occasions he decided to do the simple test in his surgery so he could feel my prostate and see if there were any lumpy bits. These tests are all over in 5 minutes and don’t cause me any issues. Whilst my PSA is stable, he seems happy enough, but on a couple of occasions it has been higher than the previous time.  When that becomes a trend he sends me for various other tests as well.

One test involved a day visit to the hospital and the use of some needles to take tiny samples of the prostate. I slept through the whole procedure so it didn’t hurt a bit. After they take the samples they test the bits they took out to see if there is any cancer there. The recovery was again straight forward with few complications.

The MRI and Music

Another test is to have an MRI on the prostate. That involved lying on a bed that’s too small to be comfortable, and after being strapped into the bed so I didn’t move, they slid me into the tunnel and left the room. After a few moments, the the machine starts making all sorts of banging and whining noises. I was offered some music in some headphones but the machine was louder than that!

The MRI, according to my doctor, is better because the needle biopsy only tests one side of the prostate and the MRI can look at both sides. The first MRI I had a few years ago, cost me $900 but the one I had recently was fully covered my Medicare. I’m sure if I had asked for it, they would have sent me an email with all the pictures of my insides but I wouldn’t understand it anyway, so I never asked.

Theres probably other tests they can do too. But to be honest, I don’t want to get a medical degree to be able to pronounce the names of these tests so I’ve never discussed these options with anybody.

So Just Do It Today!

So if you haven’t had a PSA test for a while, make an appointment with your GP today and ask them about it. They will tell you if it’s gone up or down since last time and that seems to be the key. It seems to me that the PSA levels are all over the place for men. I had a friend with a  PSA below 1. His doctor was very interested when his PSA went up suddenly and he had some cancer which was removed. I have another friend who had a PSA of 12 and he had a needle biopsy but didn’t have cancer at all. So maybe you will have to have a couple of tests over 6 months to establish what is really happening. All it requires is a blood sample and they sent results back to your doctor a few days later. It is fairly painless and might just save your life.