Living for a Cause

I can remember when I was at high school  I chose soccer one year.  It wasn’t the best year I ever had. In fact, other than a few games for beginners, I mostly sat on the sidelines.

It became clear to me the whole process of deciding who would play in the serious games was political.  The teacher had his “favourites.” They were the blokes who were fast, strong & coordinated.  They could run fast and kick straight & tackle others with little effort.  So for those purely arbitrary reasons,  they got to play the game & become soccer players.  I sat on the sidelines, and developed character, and eventually became a technician.

You Were Not Made to Sit on the Sidelines

Funny thing is God did not create anybody to sit on the sidelines. I believe God made you and me to be in the game. No child grows up dreaming, “I’m going to be a great spectator My heart’s desire is to be a   tremendous watcher of television.” We were made to be in the game. Our heart’s cry is, “Put me in the game! “

In the New Testament in a book called John, Jesus is standing before Pilate. Pilate says “You are a king, then!” Jesus answered, “You are right in saying I am a king. In fact, for this reason (cause in some version) I was born, and for this I came into the world, to testify to the truth.” So Jesus knew he was born for a reason and his life was to be lived for that cause.  He knew why he was born.

Even when Jesus faced certain death, he understood he was living for a cause. Later in the book of John 12:27 Jesus says   “Now my heart is troubled, and what shall I say? ‘Father, save me from this hour’? No, it was for this very reason I came to this hour.

But it seems to me in the western world we have often lost sight of what living for a cause means. If you look up the word “cause” in a dictionary, it says  ” a principle, aim, or movement to which one is committed and which one is prepared to defend or advocate.;” 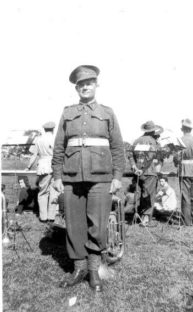 My dad volunteered to go to war in World War II, not because he liked the idea of war – he hated it;  not because he wanted to take the risk of dying early; not because war made any logical sense. He volunteered because he believed in a cause.  He believed his presence on the battle field would contribute to the cause.   I’m sure he understood he may get killed but if he did it would be worth it because of the cause he was committed to.

Every year in Australia, we celebrate Anzac Day in April and Remembrance day in November and we are encouraged to remember what so many Aussie men (and women) did for the cause they believed in. They risked their lives for a cause. Many died for a cause.

What Cause Do You Live For?

I believe God wants us to be people driven by a cause –  not just any cause but THE cause.  The same cause that drove Jesus and that’s where we can find meaning  & significance every day in our lives no matter how trivial the things we are doing seem to be.

Every human being has a chance to get involved in His cause in the world That means if you’re alive, if your heart is beating, you still have a chance. You are not an accident. Your parents may not have planned you  but God did.  And if you’re alive, He has a purpose for your life  and a cause for you to live for.

So how can you find the real cause to live for? Well a good start is to take your bible off the shelf and find where the book of John is. (Here’s a clue – look in the index at the front). Then read the story of Jesus and his life taking note of the cause he seemed to live for. You may be surprised at what you find and you never know, if you take what you read at face value, it can change your whole life.