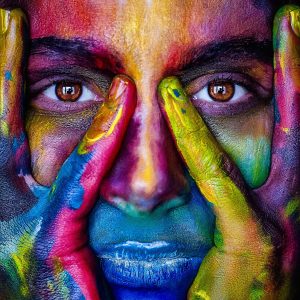 Eyes get worse with age.

I used to have fantastic vision. In fact, it was so good, I remember as a 20 year old trainee, teasing those who were old (well, 40 year olds) about their funny glasses and rapidly failing vision! Then in due course, I turned 40. Every day since then, I’ve worn glasses. The original ones were just for reading but because I was afraid of losing them, I got bifocals. Then I got progressive lenses and over time, the lenses got stronger and stronger. They told me that was normal ageing of the lenses in my eyes and their ability to change to the shape to focus on near objects was diminishing. But that’s not the only problem that happens with ageing.

Now I’ve discovered some more bad news for people who get older each year. About 1 person in 7 of those aged over 50 years of age have some form of this particular problem. In Australia around 170,000 of those people experience some form of loss in their eyesight as a result. Wikipedia says world wide there are 6.2 million people who are effected by this problem. According to one report I read, it is the leading cause of legal blindness in Australia and is responsible for 50% of all cases. It’s called AMD and if you are planning to be over 80 some day, then Wikipedia says you have a 12% possibility of having it.

So what is AMD?

It is age related macula degeneration. It seems that the Macula is the central part of the light absorbing section of the eye. You are using your macula to read this blog. So when people get this disease, their ability to see diminishes in the centre of their vision. As a result they can still see things on the edges of their vision but not centrally.  So if you try to look at something straight on you won’t see it but you will see it if you move your eyes slightly to the right or left. If you want some gruesome pictures of the inside of the eye you’ll have to Google that yourself!

In the early stages, yellow spots form on the light sensitive parts of the eye. They are painless and small amounts do not cause sight problems. At this stage an optometrist or eye specialist can often see these spots and their existence does not necessarily mean you will get full on AMD although having them does increase the chances of you progressing to the full disease.

How do you detect early stages?

The Amsler grid is used as a first step and you can use this test at home.  Wikipedia says the Amsler grid, has been used  since 1945 after it was developed by Marc Amsler, a Swiss ophthalmologist. It consists of  a grid of horizontal and vertical lines.  You can test your own vision if you click here or order one for your fridge from the Australian Macular Disease Foundation here. The reason you need one for your fridge is because you should test your vision almost every day. The sooner you discover you have this problem, the sooner you can start treatment to halt its progression.  In fact, according to the Macular Disease Foundation, if you detect problems with your vision you should seek assistance WITHIN ONE WEEK “because delayed treatment increases the likelihood of losing sight.”

If you are diagnosed with macular degeneration, make sure you tell your kids to have their eyes checked regularly since there is a 50% chance of them developing the same disease. Not surprisingly smokers have  three or four times the likelihood of developing AMD and may develop the disease five or 10 years earlier than non smokers.

So do something NOW

So what are you waiting for? Have you checked your vision yet?  You should do that now so I’ll stop writing to give you a chance to test it. And you should have your eyes checked by an optometrist soon as well. If you need more information you can get it from the Macular Disease Foundation by clicking here.