It’s never too late to make a difference! 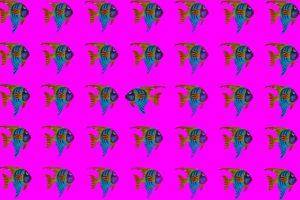 What would you say?

As I think back over my life, I sometimes wonder what advice I wish I had, when I was in my teenage years. On the ABC program “Home Delivery” they take famous people back to their childhood places and talk about how they grew up. The host, Julia Zemiro, always asks the question “What advice would you give to yourself as a teenager if you were here during that time”. It’s a good question! So what advice would you give to yourself, if you could go back in time to your teenage years. What is the most important thing, you would say to yourself back then?

For me, the most important thing I would say is to “make your life count. As a teenager the whole world is before us. So don’t live a life which, when you are gone, no-one will notice. Don’t create a vacuum by your presence but let there be a vacuum when you’re gone. So allow God to do something significant through you.”

Robert Raikes in the late 18th Century did just that. Not many people know of him today but, in his time, few had heard of Sunday School either. He decided to start a school for slum children and began a movement, which swept the world. It was the precursor to the British school system and has been the source of help and direction to thousands of young people around the world. His life made a difference to the world and if you have ever learned anything positive from Sunday School or for that matter any government school, then you can thank that man who, back in 1780, decided to do something rather than sit back and watch the world go by.

Two bothers were in school one day and were asked what they wanted out of life. One brother said that he wanted to be rich. The other brother said he wanted to do something significant for God. The second brothers name was David Livingstone. He decided that his life would make a difference. Right then David decided to go to China as a missionary. But with a war going on at the time, he never made it.

Then one afternoon he heard Dr. Robert Moffit say “I have seen in Africa the fires of a thousand villages that have not heard the gospel.”  That day Livingstone decided to make a difference to the world and the continent of Africa was changed for the better because he did so. He decided that he was going to do something that no one else had done. He decided that he was going to make his life count. The other Livingstone brother may have made his fortune, but the thing that is written on his grave is not how rich he was, but rather, that he was the brother of David!

Make Your Life Count – It’s not too Late.

Are you going to make your life count or are you going to fade away into oblivion? I don’t believe it matters how old you are! The earlier you start the more chances you will have to get it right (and make more mistakes along the way.)  I  believe it doesn’t matter how insignificant or significant your life has been so far. What matters is whether you want to make a difference in your generation. Whether you want this world to be a better place because you have lived.

In the Bible, there is the story of King Saul.  Saul began so well. We read about him early on and he was an impressive man. We’re told he stood head and shoulders above every man in several of the chapters about him. Samuel, the chief priest, said about him, “Do you see the man the Lord has chosen? There is no one like him among all the people.” That’s a very rare statement. It’s used only a few times in ancient documents, and it’s a high compliment when someone else – not under threat of their life, says it voluntarily.

When Saul found out that he was going to be honoured, his response was, “But I’m from the smallest tribe of Israel, and my clan is the smallest in the tribe. Why do you honour me?” When he was first anointed king, his response was just to keep faithfully working on the farm where he was. At the start he was a humble man.

And there was a generous spirit inside Saul. When he was first anointed king, some of the Israelites opposed him. But then after he was crowned, there was a battle, and he defeated their foreign enemies. Some of his men said to him, “Where are those who were opposed to your becoming king? Bring these men to us, and we will put them to death.” They’re ready to destroy any internal opposition to Saul, which was commonly done in those days. But Saul said, “No. No one shall be put to death today for the Lord has rescued Israel.” There was a gracious, noble spirit about him. And people loved that.

He was so full of promise of what might be. He reigned for 42 years, but by the time he died at the age of 72, all that promise had dissipated. It was all lost. He was tormented by depression, driven by pathological jealousy, his mind and emotions were in ruins. He’d lost the respect of the people around him. His children were alienated from him. He was incapable of love or peace or joy. He was just a shell of what he had once been.

I look at all the promise that was in him at the start, and I look at the tragedy that was him at the end, and I wonder, how did that happen? How does a life deteriorate so badly? And the answer, of course, is nobody plans it. It just happens one day at a time. You know, Saul didn’t set out to be wicked or violent. He just drifted into it. Bit by bit he moved in the downward direction and he never once had the courage to face the brokenness inside him.

Of course he is not the only one in history to have an internal brokenness.  We can laugh at people or be shocked at people who struggle with something we don’t struggle with. But I believe this with all my heart: any one of us can find  a habit you can’t fix, a train of thought you can’t escape from, traits you can’t run away from. And these are deeply troubling to us although we often like Saul, seek to avoid them.

So I want to give you a theological truth. This is a deep theological truth rooted in the bibles description of who we are: “Everyone is weird.” I want you to hang on to that!  There’s no such thing as a perfect person, – at least not as God designed us to be.  Everybody is weird. And the key is, do I have the courage and faith to face my own brokenness? Saul never had the courage to do that.

The Problem of Hiding Your Problem.

Saul learns to tolerate subtle disobedience to God’s ways. He learns he can live with it because it’s subtle. Here’s an examples of this.  Early in his reign, Israel is at war with the Philistines. And Samuel gives instructions to Saul. Samuel says, “Saul, listen carefully. I want you to go away to Gilgal and wait SEVEN days. I will come and offer a sacrifice, and I’ll instruct you in what God wants.”

It’s the seventh day. Samuel has not come yet. Saul thinks that maybe he’s not going to come at all. And then things get rocky, and some soldiers start to desert, some of them, and Saul get anxious. And as is often the case with Saul, fear, when it gets a hold of him, leads him to do foolish and sinful things.

So friends, don’t just slide into the future.  Don’t just do stuff because its there.  Choose today to do something significant but first own up to the brokenness inside of you because if you don’t it will destroy you and your legacy. Doesn’t matter how subtle it is. It will be the beginning of a slide downhill. That’s guaranteed.

Face up to the issue

So how do you go about that? The first step is to ask God to forgive you. He has promised that if you tell him about it he will forgive you for the wrong things you have done. The second step is to make restitution for the thing you have confessed to God. If you have hurt someone, go and ask their forgiveness. They may refuse but its on your shoulders to ask for forgiveness and to tell them you will make it up to them. If you have taken something from someone, restore it now.

Then Just Do It.

Don’t be deprived of your destiny by ignoring your brokenness. Don’t be deprived of your destiny by giving less than your best. And don’t be fooled by the problems that come and make you think you should give up and get out of there. Give your best right where you are so God can lead you onto the next step. And never be put off by problems and difficulties…

It doesn’t matter what streams of failure you have had to this point in time, but if you will give your best to God, he can turn that around. It may be a long journey with lots of problems but He can and will transform you and use you to make a difference.

So what happened to Saul? Well you’ll have to read that for yourself. You’ll find his story in the Old Testament in the first book named after the high priest Samuel. It’s a fascinating read.