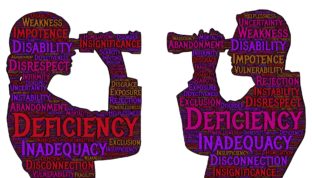 Let me start with a question for you…   Have ever been mad at anyone?
If you answered “yes” this is the right story for you. If you answered “no” maybe you should look for a story on telling the truth!

The Reason for Unhappiness.

You see one of the most common reasons for restless nights and an unhappy disposition is unresolved conflict between ourselves & someone else. Someone perhaps who has hurt you or someone you hurt in some way.  It creates this wall of hostility & anger.

The greatest risk to our happy life is unresolved hurts and anger in our relationships with people that matter to us. This is so important I want to take you through some steps that might help you have a the happiest time you have had for years.

Some of us are what we call conflict inflators. These are people who respond to conflict by immediately going on the offensive. They get louder & more in your face.  They try to avoid conflict by escalating it.

Perhaps a motto for a conflict inflator would be from the great philosopher Popeye “That’s all I can stand, & I can’t stand no more.”  Things really get out of hand after that.

If you lived with, or grew up with a conflict inflator in your life, you know it because there was probably a lot of emotion & maybe you never got a word in.

The problem is trying to be nice can be one of the biggest barriers to healthy conflict.  In the name of being nice, conflict appeasers talk around the truth. They avoid saying what might be thought of as a harsh word. If someone asked them if there was a problem, they usually say, “Oh, I’m fine. It’s no big deal.” Which of course everyone knows really means “It is a big deal but I don’t trust you enough to talk about it.”

Now we know from the bible that Jesus, who most of us think of as meek and mild, turned over the money tables in the temple. This is the same Jesus who had the audacity to call out the hypocrisies of the religious leaders. This is the same Jesus who confronted His friends with hard truths they needed to hear. He once called Peter “the devil” because Peter needed to hear it. Jesus did not go through His life just trying to be nice.

So if you think you’re on the conflict inflator side or perhaps a conflict appeaser & they seem like opposites, they’re actually two sides of the same coin. They’re two different ways we avoid dealing with conflict.

The truth is, the kind of relationships we actually long for & want, are only possible on the other side of conflict.  They’re only possible when we stop avoiding the hard conversations & learn to engage in healthier ways to deal with conflict. Engaging in conflict is therefore, an essential part of finding happiness in our lives.

I know it’s just easier to not do something. It’s more convenient for me to go & recruit a few people to my side of the story, before I go address the conflict I’m having. So I put on a smile, & I hide the fact I’m angry or I’m hurt or I’m disappointed.

But you know what this really is? It’s avoidance.

St Paul once wrote, “For He Himself is our peace, who has made the two one and has destroyed the barrier, the dividing wall of hostility.”

What he is saying is, back in the 1st century Jews & Gentiles who had lived in hostility for centuries, began to gather together for meals, for worship,
to pray with and for each other, to share resources  all under the banner
of Christianity. They managed to find a way to live together despite decades or centuries of conflict.

This happened time & time again in the early church, where reconciliation between communities and leaders,  between husbands & wives that seemed otherwise impossible, became possible.

So how do we go about making this a reality in our world? Each of us knows we have conflict in our lives? How can we engage in conflict in a way that honours others and brings reconciliation?

The first place to start in attempting to resolve conflict is to ask the question what was my part in the whole thing? You must start with yourself because there is no way you can start with the other person. You cannot work out what their motivations were nor their thinking unless you live in their head. BUT the problem is, we are not always honest in measuring our part. So try and write down a list of the things you contributed to the conflict.

The other trouble is, most of us have learned a number of bad habits when it comes to dealing with conflict and anger. A lot of that comes from the bad modelling  we saw in the home we grew up in. But we have these bad habits regardless of where they’ve come from.

So the solution begins when we admit our part in the problem, and, confess that to the others involved. That confession is not supposed to be like so many we hear today in which people are really saying  “I’m sorry – I got caught”  or “I’m sorry but its really not my fault.” The confession must be real, honest and heart felt. And you can only do that when you work out what your part was!

When I was doing some training on conflict resolution a while ago, they made me sit down and write an apology to someone we had been in conflict with.  I found that exercise very difficult.  So I chose a conflict from years ago I thought was well and truly gone. I had not seen the other bloke for years.

But as I went through that situation and looked at my role in that conflict, I realised I had a bigger part than I was previously willing to admit. For years I had minimised my role. For years I’d allowed myself to believe it was all his fault. But now I was confronted with having to write an apology for my role and it brought it all back. I had to take responsibility for my part, and writing out a confession to someone long gone from my life, brought a great relief. I need to add the outcome was a freedom I had not known for years. That day I had begun to deal with the conflict rather than shelving it.

So friends I cannot  emphasise enough that you need to take  this idea seriously.  In fact, it would be good if you choose a conflict from your past,
open a notebook and wrote a proper apology. Don’t tell yourself you did nothing and it was all their fault.  You played some part in the whole thing and all I’m suggesting is that you clarify what you did, how you reacted and confess to that. You should always use “I” and rarely use “you” – especially avoid “you did…”.

In the book “Resolving Everyday Conflict”  Ken Sands says each confession has seven ‘A’ s. It must…
(1)  Address … everyone involved. So if your have involved a few other people, then they need to hear your confession as well.
(2)  Avoid… “ifs and buts” – they really sound like self justification!
(3)  Admit … specifically what you have done.
(4)  Acknowledge… the fact you have caused hurt.
(5)  Accept … the consequences of your actions.
(6)  Alter … your behaviour so if the same thing happens you will act differently  and then

So if the conflict in your life is ever going to be resolved, you have to start somewhere. Starting with a confession is a good place to begin. After its complete don’t just email it off – you then should read it to the person involved. That way you can deliver the emotions you felt as you wrote it. Your body language will add power to the confession. A sent apology is good, but the best way by far, is to read it out to them.

You never know, if you start here, you may just bring about reconciliation. It’s not guaranteed that they will forgive you! In fact there is no guarantee that it will resolve the conflict but at least you have tried and will feel better for trying to fix up your part in the whole thing.