Speed up Your Computer 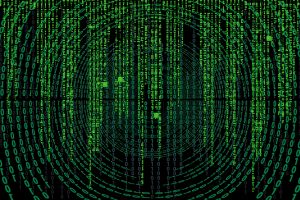 One of the problems with computers is that as they get older, they just get slower. Maybe it new operating systems and software patches which inevitably makes the computer seems slows down. When it gets to the place where you get frustrated with your computers speed, you are supposed to follow the script and go out and buy another computer. But there may be another way! Over the last couple of years I’ve managed to bring new life to a few old Windows and Mac computers and generally the cure is much less costly than a new computer. The cure is what’s called an SSD (Solid State Drive). They range in price from about $100 to over $1000 but a cheap 1Tb drive is only about $175. You should also add more memory to your computer if you have a spare slot.  On some occasions, if you have insufficient memory for the jobs you are doing, this can be the cheapest way to speed things up. However changing the hard drive will work all the time and not just when you are trying to do too many things.

However most computers older than a couple of years will have a mechanical hard drive (not an SSD). So when they need something from the drive, the systems moves the read heads to the right place and then extracts the information from the files store on the magnetic disks that are spinning very quickly beneath the heads. It takes a while for the heads to move into the right place and then the reading speed is determined by, amongst other things, the spin rate of the disks so there is a physical limit to how fast they can read the information.

With an SSD drive, everything is stored in integrated circuits – or chips. So there is nothing mechanical to move. The system simply tells the chips to give it the information stored at a particular location. As you can imagine this is a much faster way of accessing the files. In fact a friend of mine said he measured his SSD drive and sometimes it was as much as 30 times faster than the old one.

But First Check This.

So how do you replace the hard drive? It is fairly simple but there can be some catches. Before you start, there are some things to check.

You should check what disk storage you are currently using on your computer. On a Mac click on the Macintosh HD icon, press and hold the command key then press the “I” key. That will give you a window that tells you the capacity of the drive, the used space and the available (unused) space on your drive. In Widows, navigate to your hard drive icon then right click on it and select properties.  It will amongst things like the name and manufacturer of the drive and give you a graph with used space, and free space on it. You should purchase a hard drive with enough for your current situation plus at least 50% more because both operating systems use some of that free space from time to time.

Next you should check the physical size of your drive. If you have a laptop, the physical  size will be about the same size as a new SSD drive but if you are replacing the drive in a desktop, you will need to purchase a cheap adapter to fit the smaller drive into the larger space. Just loo for an SSD caddy on the computer shops website. You don’t need an external case – just a bracket that holds the smaller drive and fits into a normal hard drive size hole.

If you are planning to replace a drive in a MacBook Pro older than 2012, just be aware that my experience tells me, if the battery is not an Apple battery, there may be some speed issues with booting from the SSD. Apple seems to measure whether the battery is one of theirs and slow the computer down for some reason I can’t explain. It runs fast when the system is loaded but booting takes a bit longer than I think it should.  Maybe it was something I did wrong! The latest operating system uses the hard drive in a different way to the older operating systems. So it could just be the new file system or the hard drive or something else. If I go back to the older system to will be slower for every day operations so switch it on and make a cup of tea before you start.

What to Do Before You Start.

Do a backup of your files as would normally do, then start the steps below.

Your computer should be better now!

If you are a bit afraid to tackle the job yourself, you can do what I did recently. Find a local computer repair place and ask them to do the job. My local place was happy to pull my iMac apart and put in a new SSD for me. It took them a couple of hours work because its a messy job and they put in the hard drive I supplied, the provided a mounting kit (probably some double sided sticky tape) and a screen adhesive kit. It cost a bit over $200 but it was well worth it! A new iMac cost about 10 times that amount and doesn’t come with as must storage space as mine now has.

So, if all this seems a bit high tech for you ask your trusted local computer tech about it.