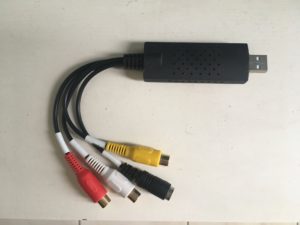 I have owned a video camera since the early 1970’s.  Back then, it was a black and white camera and a reel to reel video recorder with the connection between them a two meter long cable. I have since owned…… 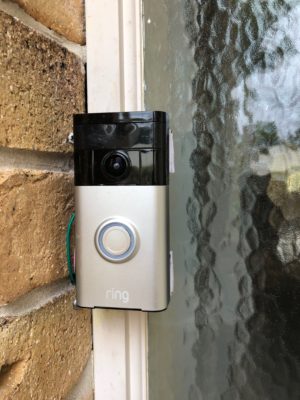 I have owned a video doorbell for years. It’s not that I need it, after all I live in a peaceful part of Australia and we don’t have to worry about people with evil intent knocking on our door very……

We are privileged in Australia to have native birds such as Rainbow Lorikeets. These birds are common along the eastern seaboard, from northern Queensland to South Australia. The habitat of these birds is rainforest, coastal bush areas and woodlands but they also seem happy in suburban areas where there are lots of trees.  According to Wikipedia, they are part of the parrot family.

These birds are around 30cm long including the tail.  There is little to visually distinguish between the sexes of the birds with their bright red beak and their brightly coloured red, blue and green feathers. Rainbow lorikeet’s feed mainly on fruit, pollen and nectar, but they also eat fruits, seeds and some insects. Not surprisingly, they possess a tongue adapted especially for their particular diet.

In many places, wild birds are so used to humans that they can be hand-fed. The Currumbin Wildlife Sanctuary on the Gold Coast in Queensland, is visited by hundreds of lorikeets daily – or maybe thousands, depending on the season. They come in around 8am and 4pm  in a large, very noisy flock. Visitors can feed them a specially prepared nectar, and the birds will happily settle on your arms and head to consume it from the feeding plates.

Breeding usually occurs during spring (September to December), but can vary from region to region. It seems that they are mostly monogamous and remain paired for long periods, if not for life. The clutch size, incubated for 23 days, is usually one or two eggs. The eggs are laid laid on chewed, decayed wood, in a hollow of a eucalyptus tree. Whilst both birds prepare the nest, the incubation duties are the domain of  the female alone.

If they visit your back yard and you have a lens that zooms in to about 200 mm or so, you might manage to take some video of the the local bird life. These birds are feeding on pollen and nectar from a palm tree. Notice the sting-less Australian native bees sharing the nectar.

Using a tripod or leaning on something to steady yourself is a great way to ensure you get crisp pictures. I was using a Canon DSLR camera with a standard package lens (55-250 STM). Although you could shoot this on a phone, unless you have a clip on lens, this type of video is not something a phone would normally handle very well.

But They Can Be a Pest.

All is not well for the birds everywhere however. Some lorikeets were accidentally released into the southwest of Western Australia in the 1960s and they have since been classified as a pest. In addition a feral population of rainbow lorikeets was established in New Zealand after an Auckland resident illegally released significant numbers of captive-reared birds. Within 10years, they had grown to a population of 150–200, proving that they could survive and adapt to the New Zealand environment. So as much as the Western Australians and New Zealanders dislike these bird, we love them and enjoy having them in our back yard. 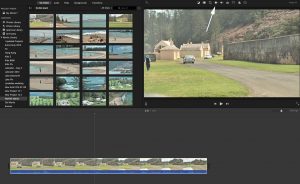 Getting Ready In the last blog I talked about getting your stuff together and making a video. I hope you were able to follow along and make a video of whatever you chose. However, there is one more step in…… 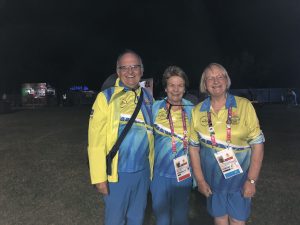 Movie Making for Retired Dummies If you have ever wanted to be a movie maker, then this is where you should start! This is the first article and mostly about the gear you need. I’ll try and give some clear directions……