The Day We Remember

On 25th April this year and every other year, Australians and New Zealanders will celebrate ANZAC Day. This is a “holiday” that’s different to any other in Australia. The shops are closed at least, till lunch time. The crowds on the beaches will be smaller in the morning and many picnics will be scheduled for breakfast time. That’s the time between two commemoration services hosted by veterans organisations.  For those who don’t know what ANZAC Day is, it is, I believe, roughly equivalent to Veteran’s Day in the States.

It has been observed since 1916 in some form or other, and is held on the day of the year when the first Australia and New Zealand Army Corps (ANZAC) landed at Gallipoli, Turkey, in 1915. During the Second World War, Anzac Day expanded to become a day on which we remember the lives of Australians and New Zealanders lost in that war as well. Today, it is the day which include those serving and those who were killed in all the military operations in which our countries have been involved.

When I was a young man, Anzac Day was a disruption to my schooling and although I’ve always understood what it was about, because of opposition to the Vietnam war, Anzac Day lost a lot of support. However, as people began to realise Vietnam veterans were just as worthy of honour as any Anzac soldiers, things began to change. Today,  Anzac Day crowds increase each year as it is celebrated in most cities and towns throughout Australia.

I visited the Gallipoli peninsular a few years ago, and was amazed to find the Turkish people celebrate the same campaign, a few days earlier on 19th April. Their celebration is about the beginning of the victory that was achieved by their commanding general – Mustafa Kemal (later known as Atatürk). On 19th April, the British naval invasion that was underway, was halted by sea mines strategically placed in the Dardanelles, which were struck by two British ships. The British general – Winston Churchill, decided a land attack was then more likely to succeed, and so ordered the invasion of Gallipoli.

The Objective and Outcome

The objective of the invasion was to capture Constantinople, the capital of the Ottoman Empire, an ally of Germany during the war. The ANZAC force landed at Anzac Cove just before dawn on the 25th April where they met fierce resistance from the Turkish Army.

This bold strike, aimed at knocking the Turks out of the war, quickly became a stalemate, and the campaign dragged on and on for eight months. Both sides would push forward, only to be pushed back to their respective starting points. These unsuccessful allied attempts to break through in August included the Australian attacks at Lone Pine and the Nek. All attempts ended in failure for both sides, and the ensuing stalemate continued until the end of 1915. The Allied deaths totaled over  8,709 from Australia and 2,721 from New Zealand and about 40,000 others as well.

The most successful operation of the campaign, was the evacuation of the troops on 19–20 December under cover of a deception operation in which few troops lost their life.

Anzac Cove cemetery – one of many war cemeteries in the area

Tens of thousands of Turks were also lost during this long and terrible campaign. Some were shot dead, some died from disease and others died from their injuries. The trenches were unbearable places with rats and flies and heat and mud. Our Turkish travel guide told us that the coldest winter and wettest summer for many years, happened in 1915 which added to the trouble of the soldiers.

For the Turkish people, this campaign marked the beginning of their national identity. After the war, Atatürk set about unifying the country and became their first president. As the president of the newly formed Turkish Republic, Atatürk began a program of political, economic, and cultural reforms.  He made primary education free and compulsory, opening thousands of new schools all over the country. Turkish women received equal civil and political rights and were given full universal suffrage in 1934, years earlier than most other countries in the world.

The Failure but Success

Though the Gallipoli campaign was a complete failure for the allies in military terms,  the actions of the Australian and New Zealand troops during the campaign left a powerful legacy in Australia. It was, in many way the beginning of our national identity as well, so it is something we share with Turkey.

Today, the first thing that happens on Anzac Day occurs the very first thing in the morning. At places throughout the country, ceremonies are held beginning just before the sun rises, to commemorate the dawn landings at Gallipoli. Curiously at 4:30 in the morning, the crowd is amazingly large. Sometimes, it is raining during the ceremony – sometimes it’s wet and windy but, the crowds don’t seem to diminish at all.

Anzac Day is the closest we come to a “religious” holiday in which we all share equally. It’s about celebrating the things that form us into a community and appreciating  the pain people went through to get us here.

One of the things we are reminded of, is the idea of “mateship”. To those who don’t understand that term, it’s a form of  friendship in which people sacrifice something about themselves, for the benefit of others.It’s about putting others first even if it means you lose your life in the process. It is a relationship in which, social status and rank have no meaning but looking after your friends, is of utmost importance. And what’s more, you can expect them to do the same for you. This is reinforced by the many stories we her on Anzac Day about men like John Simpson Kirkpatrick, who served under the name “John Simpson”, and was a stretcher bearer during the Gallipoli Campaign. He landed with others at Anzac Cove on 25 April 1915. Simpson then began to use donkeys to provide first aid and carry wounded soldiers to the beach, for evacuation. Simpson and the donkeys continued this work for three and a half weeks, often under fire, until he was killed. 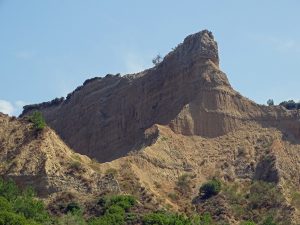 “mateship – regarded as a particularly Australian virtue – is a concept that encompasses unconditional acceptance, mutual and self respect, sharing whatever is available no matter how meagre, a concept based on trust and selflessness and absolute interdependence. In combat, men did live and die by its creed. ‘Sticking by your mates’ was sometimes the only reason for continuing on when all seemed hopeless.”

Though many in Australia today would be unaware, this mateship idea is a biblical concept.   John 5:13 says  “Greater love has no-one than this, that he lay down his life for his friends.” Of course, it is referring to the fact that Jesus laid down his life for us but it also sets out what is expected of those who follow his lead.

Most Australians do not think it is strange that our most important military day, began with a battle we lost, in a country with which we had few connections on a mission that was doomed from the start. In addition it is a shared celebration with the country who won this battle. So, we celebrate with our own dawn services, then a later service for those who slept in. Next we watch on TV the dawn services from Turkey. Then as the world turns we watch the dawn service from France where we also were involved in a battle on 25th April – just 3 years after the Gallipoli landing.

So Why Do We Celebrate?

Anzac Day is a celebration of bravery in the face of overwhelming odds. It celebrates sticking by your mates and standing up for something that matters even if it means you will lose your own life. It points to real values that are still worth holding onto today. Its importance will only diminish if we ever stop the wars that constantly rage around our planet. That’s what Anzac Day is all about to me.