The Four Keys To a Successful Retirement 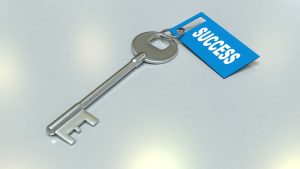 If you Google “retirement planning” you will be overwhelmed with websites that want to sell you something. They usually want you to believe that you need to give them money so you can get it back when you retire. The problem with that is, finances are not the only thing you need to plan for when you are thinking of retiring. In fact in most cases it takes little time and effort and once set needs very little attention – unless we have another GFC and you can predict this one!

Some years ago, I began a journey into finding what science says makes us happy.  I eventually stumbled across the book “Flourish” by Martin Seligman. He begins his book with the story of how Positive Psychology got started with a grant from an anonymous foundation. He wrote “Flourish” after his first try at another book called “Authentic Happiness.” He originally thought we needed three things – positive emotion, engagement and meaning. But over time he began to realise the limits of this theory, and so was born the current positive psychology idea of PERMA – Positive emotion,  Engagement, positive Relationships, Meaning and Achievement.

What About Retired Blokes?

So if these are the elements that lead to satisfaction in life, how do they apply to Retired Blokes? After all we have all heard of the mid life crisis. Maybe you’ve even had one. But according to another researcher from 2013, there is another crisis that hits many people in their lives. It’s the “silver crisis”.  Dr Oliver Robinson, says 32 per cent of men and 33 per cent of women reported having had one. But I think its even more common than that! Everybody I know who has retired has hit a wall of confusion around 12 months after they retired.

Values and The Silver Crisis

What Robinsons study also found was that a person’s previous values are re-examined during a “silver crisis” especially when they are triggered by “mortality-awareness-raising” like the death of someone close to us.  Some people reacted with resilience and positivity. Others found, if they focussed on the present, and endeavoured to enjoy life more in the moment, that helped them through the difficulty. Of course there were some people who avoid making any plans or goals so they won’t be disappointed. But that usually means retreating from the world and increasing isolation.

So it seems, you cannot always choose what happens to you, but you can choose the outcome. Difficult events happen to all of us, and they always bring change whether we like it or not. This change can lead to either growth or decline depending on our choices.

Positive Psychology researchers Sarah D. Asebedo and Martin C. Seay began researching what makes us feel good in our retirement years to find if there was a correlation between the PERMA and retirement. You can read their findings here. They found a positive association exists between “P” positive emotion, and retirement satisfaction. That means optimists have a better retirement than pessimists. Seligman says that positive emotion is a character trait that can be learned and developed. You can read about becoming a more positive person here. So the bottom line is that retirees should seek to develop and maintain a positive mindset as a way to improve well-being.

The Second thing the researchers found was a positive association exists between “R” – support from family (Positive relationships) and retirement satisfaction. You probably didn’t need any research to tell you that if your family is working well, you will feel better in retirement. But what if its not?

Perhaps, if your family is struggling, choosing to spend time with family and paying some attention to family conflicts rather than ignoring them, might be a way forward. You can read some ideas about conflict resolution here. There is also research proving another truth you already know – that spending money on maintaining and building family relationships will be worthwhile. I’m sure you understand that generosity always trumps selfishness.

The third thing the researchers found was a positive association exists between “M” – levels of purpose in life and retirement satisfaction. Again, it’s self evident to me at least, that doing things with meaning always beats doing stuff without meaning. So you will always be better off volunteering in some organisation than just watching television. Of course the place you normally find yourself when you first retire is the “holiday period”.  Because you don’t have to work anymore, it feels like a holiday and often brings with it a sense of relief from the pressures of the workforce. But after 12 months or so, you enter the second phase. This is where you wake up one morning and discover that you have nothing planned and nothing to do. You realise you have no reason to get out of bed. So purpose in life can get lost or reduced once the retirement transition settles in – especially given the sometimes abrupt change away from your work.

Its important to say that purpose in life will not happen automatically and you need to foster it in your life. So perhaps its time you began to think through what things bring meaning to you and what do not. I think this is vitally important because every week of my life, I have been involved in a church where we have sung songs that point to the fact I am involved in something bigger than myself and listened to messages that tell me there is something that brings meaning to the most trivial things in life.

Now if you have been following carefully you will one that the “E” has been missed out of the PERMA.  E stands for engagement – thats where you get lost in something and time has no meaning. Unfortunately this is the one aspect that there researchers couldn’t find a positive relationship with retirement satisfaction.

If you do all of these things, you can retire well and enjoy the best time of your life.