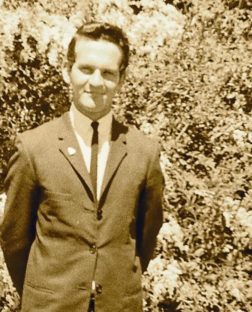 I still remember that day. The 17th January 1965. Four young men who had just left school. stood on the footpath outside the ABC studios with great expectations and not without a little nervousness.  At the age of around 17 we were all about to begin our first real job which we hoped would be a lifetime career. We were to be the very first technical trainees in Brisbane.

Much change has occurred since then in the ebb and flow that most organisations undergo. I saw the rise and fall of various departments and projects. I saw the rise of the workforce and eventually the whittling away of many staff leaving just a handful of people.

Then came that other great day in that career. The letter was small, short and to the point. It didn’t say thank you for 26 years of service. It didn’t say thank you for anything! All it said was “I hereby declare that your position is redundant”.  I was not the only one to have ever received such a letter. Many before me in the ABC and a thousand other organisations have received the same message. Many others, after my time have, or still are, receiving their letter.

How Do You React?

For some people, the news that the boss doesn’t want them any more, is like opening a window. Somehow, that letter seems to let the light into their life and they begin to shine. They see a new future and hope for a great outcome. Many people have left their job that way.

But for others its a different story. Somehow for them, there is a deep bitterness that accompanies such a letter, and, rather than letting light into their life, it seems like a door is slamming shut and brings darkness.

In thinking about this, I believe much of the reaction to news like that, is somehow tied up with how people perceive themselves. Some who see themselves as worthwhile, seem to be able to fly through this life. Others, seem to somehow attract all the bad luck and all the knocks and each one hits hard.

So suddenly I had to choose my reaction to being sacked. Would I go down or up? Thankfully I had other plans anyway, because I knew that job was not my calling in life. As good a job as it was, it did not fulfil the hole within my heart – the need to live a better life and make a difference in the world.

Our Conversations Betray Our Beliefs.

Maybe a clue to how you react to these situations is found in our conversations when we meet someone new. After the names are sorted out, what is the next topic of conversation you pursue with that new friend?  I normally ask “What do you do for a living?” I don’t know why, but it seems to me that we blokes are oriented towards tasks – the things we do. We rarely ask “what car do you drive” or “are you married.” Those questions come later. Our priority is to ask “what do you do?” early in the conversation. The reason is, because that is often our main  source of identity. Many blokes in this world are not “Joe Blow husband”, or “Joe Blow father of 3” but “Joe Blow Carpenter,” “Joe Blow Mechanic”,” Joe Blow technician or teacher or plumber.” Many men in Australia get their sense of identity from the things they do.

The problem with this is, these people are walking in a minefield. These people are the ones who fall apart when that letter arrives or when they retire. These ones are the people most effected when thing they have no control over, cause them to stop doing their job. Sometimes it’s redundancy or a company collapse. Sometimes it’s sickness, sometimes it’s the illness of a spouse. The people who get their sense of identity from what they do, are walking in a minefield that can blow up anytime without notice.

Sometimes people pour their lives into their relationships – like their kids or grandkids. When you ask them how they are going, they reply that they are just flat out taking Johnny here and Mary there. Monday is music, Tuesday is Mathematic coaching, Wednesday is sport and cricket training, Thursday is Piano lessons etc.

Now friends don’t get me wrong I am not saying that we shouldn’t attend to the needs of our kids or grandkids but if the reason you do so is to uphold your own sense of worth, then you need to know that you are walking in a minefield. You see time will change your relationship. Your kids/grandkids will grow up and seek independence and you can’t stop them. Your kids/grandkids will probably move away and marry and then what will you identity be? Do you really want to join the long list of the aged who feel the total emptiness of their life once those relationship change?

“We who lived in concentration camps can remember the men who walked through the huts comforting others, giving away their last piece of bread. They may have been few in number, but they offer sufficient proof that everything can be taken away from us but one thing: The last of the human freedoms – to choose one’s attitude to any given set of circumstances, to choose ones way. “

The bible records a story of Joseph who was given a fancy coat by his father and he proudly wore it. Unfortunately for him, his pride got in the way of his logic and his brothers got so mad with him they sold him to a passing slave dealer. Joseph could have given up then and there but he didn’t . He could have said to himself, my brothers have taken away my identity and I am a nothing.  Not Joseph. He knew who he was and he hung onto that. He was not crushed by the fact that those relationships were now gone. I’m sure he was hurt but he got up to fight another day and so must we.

So who are you?

So the bible says, not only does he see us as “very good” but he has a plan for your life and mine. He offers us the opportunity to participate in something that will be here forever. Not a career of 26 or 46 or 56 years. What we do for God lasts forever and will go on forever. The only problem is many people never find that plan. Many people live their entire lives without realising that there is a plan. I wonder if you realised that He has a plan for you?

So before you do anything else, you must find God’s plan for your life and then do what He has in mind for you. So maybe you could start by reading the bible. I’d start with the New Testament and find the book of John. All you need to do is to ask God to show you something and begin to read a chapter a day until you discover who He is and who you are.