The Hidden Cost of Airconditioning 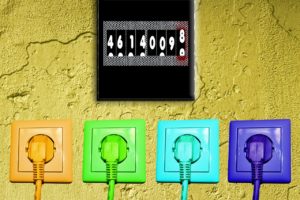 I have been living in my house now for about 10 years. When I purchased it there were two 3Kw, split system air conditioners installed. I have used them over the years but their reach wasn’t sufficient so I recently installed a Daikin system upstairs so I could get some sleep on these hot Queensland nights.

Now like all good energy savers, I got a wireless power meter from Queensland government back when they were free.  I used it to monitor how much electricity my solar system was supplying. But since, I installed solar panels a few years ago, I haven’t taken much notice of how much power we were consuming – I am usually breaking even or better, with the cost of the power I used and exported.  But recently, I purchased another power meter that connects to my computer so my original one was left over.   I decided to shift it to my house mains. That’s when I discovered I was using 700 watts of power – all day and all night.

I wasn’t concerned about that in the day time because the computer is on, and various other things were using power. But then I noticed at night, I was still using at least 700 watts of electricity even with everything including the lights switched off. I thought I must have it connected wrongly so I did some investigation to see if it was right and where the power was going. One complication is my house has three phase power and I had some questions about how to connect it properly – but using 700 watts day and night seemed to be correct.

So I turned off each circuit breaker one by one and watched the power meter until I found the culprit. It turned out the “electricity leakage” was all down to my split system air conditioning systems. Each thought I was drawing about 350 watts on my meter when they were on standby!

My son is an electrician who specialises in air conditioning. When I asked him where it was all going, he said it’s usually a heater to keep the oil temperature in the compressors warm. That way it’s thin enough, to allow the compressor to start easily. He said it was important in some climates as the oil got very thick when it was cold and the compressor wouldn’t start.  But since I live in Queensland and a cold day here is 15 degrees celsius (that was on a Tuesday last year) he added we probably don’t need to warm the oil here. So for 10 years, it seemed, I was using 16.8 Kw Hrs per day to keep my air conditioning oil warm.  At 25c per KwHr that is $4.20 per day or about $370 every 3 months.

Of course the truth was not quite that simple. When I asked him to come and disconnect the heaters he came and discovered I was actually using around 150w for each unit – not 350w like my power meter said. So much for the accuracy of my free power meter! Still 150w per unit is 300w total and therefore every three hours on standby that passes, is another 1KwHr or about 25c and the cost for each day was about half of what I calculated.  Only $2 – not $4. But that is still  around $600 per year. Unfortunately, disconnecting the heater was impossible because of the way it is wired in my system.

How Common is this Leakage?

I wondered if my air conditioners were unique or whether this was common.  A quick search on the net confirmed that many systems had these heaters inside but only a few use as much as 150w of power in standby mode.  My Daikin system uses only 5w of power when I measured it but it is a 2016 model and so 10 years younger than the other two systems. The general consensus on the web is you either disconnect the heaters in warm climates or put in a thermostat to switch them on only when it’s cold outside. You could switch them off at the breaker in the power board or on the switch beside the outdoor unit as long as your willing to go out and switch them back on before you need them. You should also read the user manual that sometimes says they must be on for at least 4 hours before you use them!

So my recommendations are…