The One Thing Most Men Miss in Life 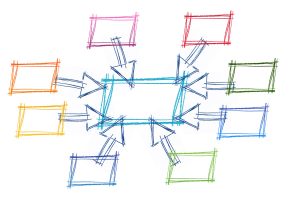 I have been a church attender from my earliest years. In fact I probably went to church for 9 months before I was born. Over the years, that has sometimes been a source of great joy but at other times it has been a source of frustration.  I know how churches work. I know most of the songs we have sung every week of my life. I am familiar with most of the bible. I have heard thousands of sermons – some good, some OK, some terrible! But it wasn’t till I was about 40 years of age, I discovered what the core of being a part of a church is. I discovered it’s really about what people call “worship”. I have known what that was for many years previously but something happened to me along the way that made worship come to life. I switched from a singer to a worshipper.

Now if you are not a church attender, I expect you may have tuned out by now. But stick with it if you haven’t – you may learn something that could change your life. To do that you need to begin by asking the question…

What Sort of God do you believe in?

It all starts with your belief in God.  Most men I speak to, tell me they believe in God. Of course, there are a few who don’t, but by far the majority of people on this planet, believe in a god of some sort. The question is then, what sort of a god do you believe in? If the god you believe in is powerless or uninterested in what we do in life, then that’s an entirely different proposition to believing in a powerful God who watches everything we do and is interested in everything we do. So is the god you believe in powerful or disinterested? Is he watching or disconnected?

Do you Believe in Heaven?

The other thing I find is most people believe in heaven. I can’t tell you how may people, usually after some funeral, have said they think their loved ones who have died, have gone to heaven and will be waiting there for them when their turn comes. I think this belief is sort of built into us. Most if not all of the groups of people in the world today and right through history have had such a belief. It is hard to find any ancient civilisations who did not believe in an afterlife of some sort.

If you were to go back four thousand years and study Egyptian culture, you’d see a culture that was so concerned about the afterlife that they started worrying about it before they hit mid-life. Visit some of the pyramids and listen to the astonishing reports of how many people worked so long to build them because they were residence for, or gateways to, the next life. The Egyptians were very smart people. They figured that they would be spending more time in the afterlife than they would in this life. So, they just started preparing in this life, for the afterlife.

And if it is the case that you will spend an eternally with your god – what is he like?  I believe in a God who is the most powerful being in the universe. I believe in a God who is interested in everything I do. I believe in a God who knows more about my world than I do. And I believe in a God who did all he could to ensure I could spend eternity with him. The bible tells us that Jesus came into this world and gave his life in exchange for yours and mine – to make a way for us to return to God, so that, despite our mistakes and failures, we can be reconciled to Him again. All we have to do is recognise that in God’s sight we are a failure, but he loves us so much that, if we put our faith in the fact that Jesus died to open the way back to God, He will accept us back.

What has this got to do with worship? Well if your god is worth anything, shouldn’t you try to get on his good side? Shouldn’t you offer something to him? The ancient people used to take some of the things they owned and burn them – often on an altar of some sort. In effect, they are saying here god, I believe you are so important in my life, that I will relinquish this animal/plant/oil to you.  I give to you something that’s of value to me, hoping that you think it’s valuable too.

But the problem is it’s probably not really valuable to God! I have struggled with this question of what can I give to God that’s of value to Him? My conclusion is I can’t give him anything he doesn’t already own – except just one thing. After all he made the entire universe, so everything belongs to him in the first place. So there is no object, no animal, no plant, nothing I can give to him that he doesn’t already own except for one thing I can offer him, that isn’t made by him.  That one thing is my thanks and my praise for who He is and what He’s done. In other words – my worship. So my worship consists of praise to God for who he is  thanks for what He has done and I give him all the honour I can muster. I don’t have to do any of that, so it is something God will not get unless I give it to him.

So many blokes have missed this thing that gives real meaning to their life. So many miss out on the one thing they were made for, by rationalising their way around this. In the book  “The Purpose Driven Life,” Rick Warren starts with the phrase “It’s not about you!” His thesis is that meaning in life, comes from outside of us. It’s not about what we want or what we think. It’s bigger than us or our plans in life.  It comes from the recognition that the first purpose of our lives is to worship God. The bible uses the word worship 154 times. Since the bible is God’s book, I think that tells us how important our worship is to God himself.

By the way, the word “worship” in my bible dictionary says it means to work or serve. It is an active word. It involves being absorbed in the task of giving to God the honour and praise that He deserves. And that brings us back to the question “Is the God you believe in, worth worshipping?” My God is and He brings meaning to my life – especially when I give myself fully to him in worship.

So today would be a good day to discover real worship for yourself. Many people find praying to God is the way they worship. It’s not hard.  All you have to do is vocalise your thanks to God. Some find its easier to sing words to him. I’m sure if you go to YouTube and search for worship songs, you will find lots of them there that will help you worship. My favourite worship songs at the moment, come from Hillsong Australia – you can search for that too.  They have a way of writing words and tunes that connect with my soul and help me express exactly the way I feel about who God is. Of course, there are many others as well but I hope you find something today that helps you discover more about who you are and who God is. It will change your life!!