What Sort of Camera? 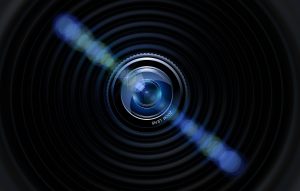 There are thousands of websites that tell you what camera to buy but because there’s a lot of unnecessary and confusing information out there, I thought I’d add more and give you my opinion from my experience.

Firstly let me say no one is paying me to say anything – though if you would like to change that you can – just use the contact link and send the money!!! I might also say, not everyone will agree, but that’s the story of my life – besides I have three kids so I am used to people not agreeing with me.

Now I have owned a camera for a very long time. I’ve owned both digital and film cameras including several Single Lens Reflex film cameras.  Even as a kid, I owned a small black and white camera – of course the cost of film in those days, meant I took very few photos. Over the years, I have owned a couple of  Kodak Instamatics, a few disposable cameras, a Polaroid camera, two Konica SLR’s, a Pentax SLR, a Fujifilm digital camera, a Panasonic digital, a Canon digital, a Ricoh compact digital and three Sony digitals. I seem to remember having an Apple Quicktake camera for a while as well. So, as you can see, brand loyalty is not big in my family. And every generation of cameras was certainly an improvement on the last – except for the Polaroid – it was just faster at producing prints.

My previous camera was a Sony HX400v. This camera is in the point and shoot category – so you can’t change the lens unless it breaks – like mine did. Then you have to change the lens or the camera. You can Google that camera and find the specifications, if you are interested, but it produces pictures of around 20 Megapixels, has reasonable image stabilisation and a great 60 times optical zoom. That means you can zoom in beyond the cameras ability to correct for camera shake, so you have to be very careful when using it on full zoom. The reason it has such a long zoom and still a compact size is the relatively small image sensor. The trade off is, it can be noisy in dark scenes, and requires more light to get great pictures.  It also has a GPS chip built in, so it remembers where you took the photos (mostly). So, the truth is, it cost less than $500, takes better pictures than any camera I have owned previously, and is reasonably to carry.

However after replacing the lens, I was never able to get the same quality of pictures again. Then the second one developed a spot on the lens which I noticed on every picture it took. That annoyed me so much, I purchased a Sony HX-90V. It has the advantage that it fits in your pocket, it produces similar 20 megapixel images. Importantly for me, it has a viewfinder which pops up and it records GPS locations. The 30x optical zoom is not as good as the previous camera I owned, but its so much better than any phone I’ve ever owned.

Steve Jobs is reported to have said “the best camera to have, is the one you have with you”. His point was, portability is very important. I would love to own a digital SLR with a great zoom lenses, but if I did, to get the equivalent of the camera I have now, I would have to carry the camera probably two lenses. Because the image sensor in most digital SLRs are three times the size of the one in my current camera, each lens must have more glass to let in the equivalent amount of light. So each lens would weights more than my whole camera.  And everywhere I went, I would be lugging a weighty and sizeable bag with me.  What I would get, besides a second mortgage, is better pictures in dark areas, less distortion, faster operation, some better pictures and a sore shoulder!

What About An iPhone?

Now, I have also owned several iPhones over the last 10 years and each generation has seen improvements in the image quality BUT they mostly only zoom digitally.  Digital zoom means every time the picture doubles in size, the number of pixels used decreases to a quarter of what it was.  So if you start out with a 12 Megapixel picture and then digitally zoom in until the image is twice the size, you now have a 3 Megapixel image. The exception is, if you buy the top model iPhone, you can switch to a closer lens but it is still only 2 times the normal lens.

You can buy a clip on zoom lens for the iPhone and I imagine it would be easier to carry than an extra camera but I’ve never tried one so if you have ventured into this territory, write me a blog about it and we’ll publish it.

Digital cameras also record lots of information with each picture. They record the time, date, exposure time, lens f stop, camera type and lots of other stuff.  My cameras also records the GPS data (thats what the V on the end of the model number tells you for Sony at least.)  Having used a camera with GPS built in, I would have a hard time going back to one without.

So, the GPS function records exactly where the photo was taken so when the photos are transferred to my computer, I get to see where I was at that time on that day. In addition as a retired bloke, I get to travel a fair bit and when I land in another time zone, the time recorded for each picture taken there, is corrected automatically. But I need to say, my current camera is the second camera I have had with GPS. The first one was very slow locking onto the satellites so I

had to switch it on a long time before taking pictures, to get the GPS to function correctly. My current camera is better but can still take time – especially if you are travelling quickly – like in a plane. I recently flew from Alice Springs to Adelaide and used the camera out the window quite a bit. The first half of the pictures I took, do not have any GPS recorded but the last ones do. It is interesting to be able look at the GPS locations on the pictures then pinpoint the position on a map so see where the flight went. So I now have pictures of Algebuckina & Oodnadatta and on the left is Island Lagoon in South Australia – I would never have known that if I didn’t have GPS camera.

Sony make available a file on their website that helps the GPS figure out where it is but you have to download that file every month to keep it up to date. So, if you are travelling, you should download the file before you leave.

What then, am I recommending? I think a camera with an optical zoom – maybe at least 20 times and around 15 – 20 Megapixels, but as small in size as possible. That probably leaves out SLR’s unless you must have the best picture quality and like changing lenses. I also think a viewfinder is a good option because holding the camera to your face gives you a steadier hold than using it at arms length. If you choose a camera with lower specifications, then the iPhone will probably be a better choice. There are some Android phone with longer zooms but holding them steady is a big deal in anything except bright sunlight.

If you travel a lot (or used to before Covid), having WiFi built in is also a good option because you can easily transfer your pictures to an iPad and view them on a larger screen when the day is over. This is especially good, because its easy to lose a camera – through negligence or theft and if you copy the pictures from the camera each night, at least you will have most of your pictures still available. You can get an SD card reader for the iPad but WiFi is just easier!

I would also buy one with GPS built in. That probably means some Nikon or some Sony cameras. Some Canon cameras get the GPS from your phone but that flattens the phone battery as well though it is likely to be more accurate than the camera GPS.

I’m happy with my Sony camera, but the first one had lens problems just after the warranty expired (of course) but there really wasn’t too much competition, so I purchased the same model camera again. The Sony HX400v camera model has been out for a few years so maybe they will bring out another one soon or maybe they have just lost interest.

When I got tired of lugging that camera around I purchased the much smaller HX-90V. It is compact enough and uses the same batteries as the 400v so it wasn’t a total loss. And that’s my camera  story. If you have some comments, then leave them below but otherwise enjoy your happy snapping.